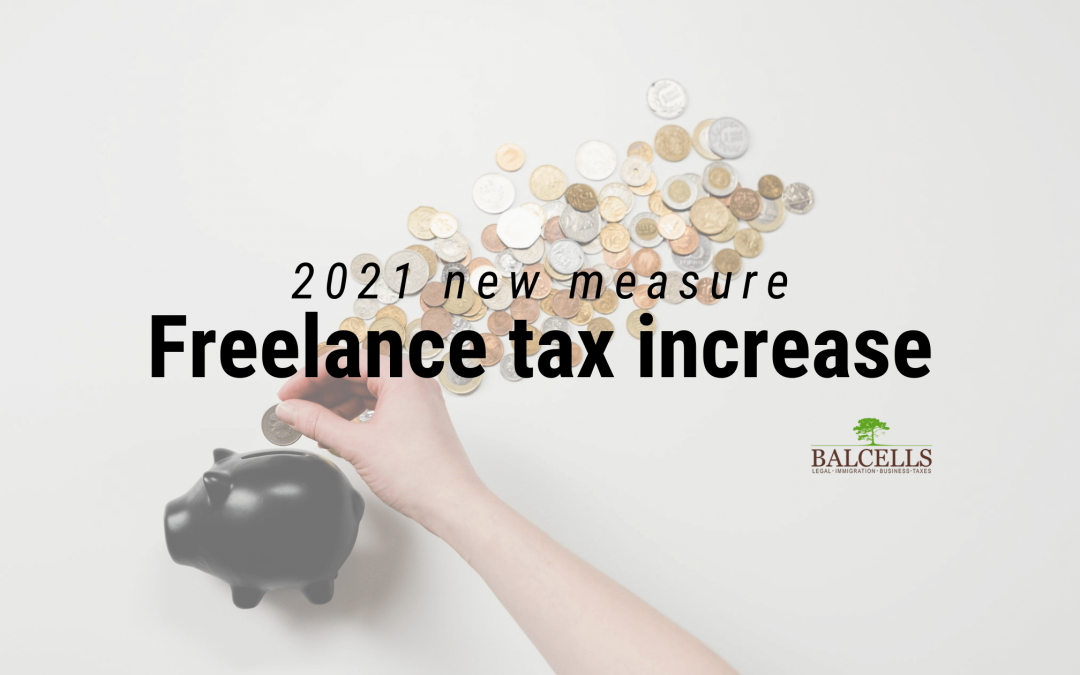 This is not good news for freelancers (“autónomos”) in Spain: their monthly social security tax will be increased during 2021. And suffering from a global pandemic that is generating devastating economic consequences seems not to be a problem, self-employed workers in the country will now start paying extra. And in this article we will show you how much.

Which tax is going to be raised?

Let’s start with the basics.

As we explained in our article regarding taxes for self-employed workers in Spain (which you can consult here for extra information), a freelancer in the country must pay, at the end of every single month, the social security tax.

This tax enables them to access the Spanish healthcare system and to enjoy a pension in the future, once they retire.

The amount to be paid is independent of the money generated or invoiced throughout the month: it’s a fixed tax.

How much was that tax up till now?

It depends. According to your particular situation, you will end up paying more or less. And, in fact, the amount to be paid is something that you can choose between certain limits.

This means that you will pay, each month, 30% of a salary base that is defined by the government. Hence, you can opt to:

But there are some exceptions. During the first year, for example, you just need to pay a flat fee of 60€ per month.

But this amount is going to be changed, and self-employed workers will start paying extra. Why?

It was during the year 2018 when the government agreed on a measure to raise the freelance tax progressively, and it did so through the Royal Decree 28/2018.

And that’s why this measure has been received as widely unpopular. Those self-employed workers who haven’t been forced to close down are on the brink of collapse. And this raise won’t help them in any way.

More precisely, this measure was destined to increase the 30% that is applied to the salary base (and what we have used in the prior section) to 31% in 2022.

During the last 3 months of 2020, this process had already started: the government started charging the increase that had not been charged from January to August of that same year.

The exact rates on the basis of professional contingencies increased from 30,1% to 30,3%. That is a 2,80€ increase per month for those freelancers using the minimum base; and a 12,20€ extra increase for the ones using the maximum base.

The 2021 increase on the freelance social security tax

So apart from the increase we saw during the last quarter of 2020, from January 2021 onwards the freelance tax will keep increasing.

Furthermore, the contribution rate for professional contingencies will be raised from the current 1,1% to 1,3%; and the percentage applicable for activity cessation will also be increased by 0.1% (until 0.9%).

Nevertheless, if you are still in your first year as a self-employed individual (hence paying the flat fee of 60€), this amount won’t be affected.

We are now starting to fully see the effects of the measure approved in 2018; a measure that, due to unfortunate pandemic delays, is coming into force during the worst time possible.

We also suggest you read our article including the latest Social Security contribution increase for autónomos in Spain for this 2022, including an analysis of what will happen from 2023 onwards.

If you have any question regarding how to pay your freelance tax, or you have been charged extra and would like to claim your money back, our team of business and tax lawyers is at your complete disposal. You just need to send us an email using the following link and we will get in touch in less than 24 hours: