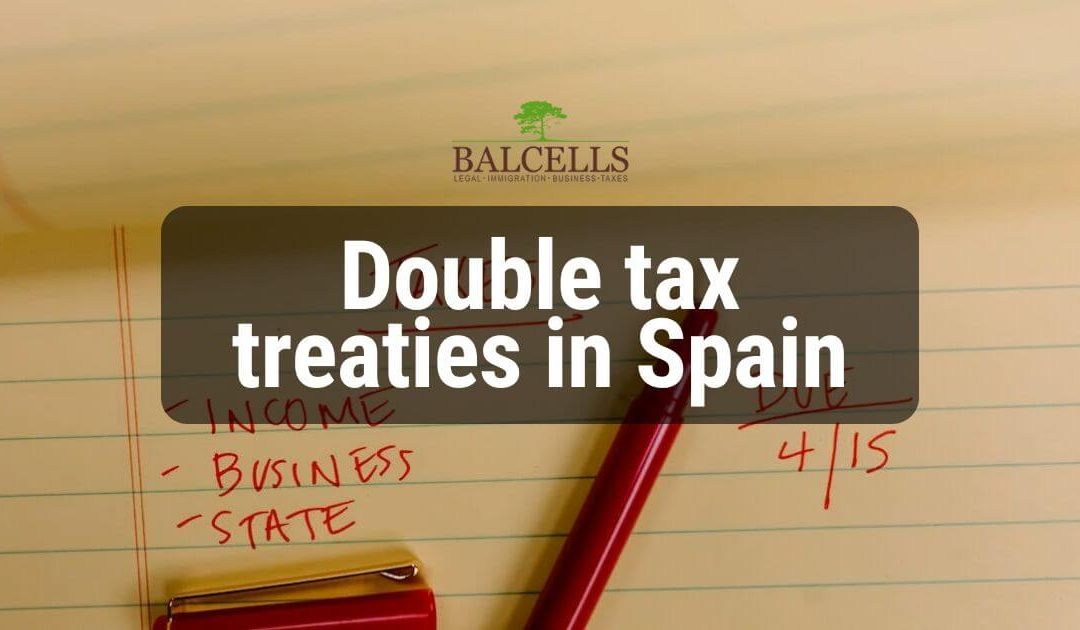 If there is one way foreigners in Spain (including workers, investors, pensioners, and any other category) can avoid paying more tax than what they should, that is for sure double tax treaties.

But anything worthwhile has its costs, and in this case, that translates into the complexities of those accords and the difficulties in understanding how they actually work. But in this article we will answer all your doubts.

Next, you will find a complete guide on what these double agreements are, the 2 different ways they can be applied, what types of incomes are included, and the complete list of countries that do have a double tax agreement with Spain so that you can check if yours is on the list.

Content hide
1 What is a double tax treaty?
2 The 2 possible options when applying a double tax agreement
3 Types of income affected by double taxation conventions
4 Countries with a Double Taxation Agreement with Spain

What is a double tax treaty?

A double treaty agreement is a deal between Spain and a foreign country that aims to help the foreigner in the Spanish territory avoid paying twice the same tax already generated and paid at source.

Let’s say, for example, that you are a tax resident in Spain (hence you pay income tax in the Spanish territory on the income you earn worldwide), who has generated income from another country, where you paid an initial tax on your profits.

If there was no double tax agreement between Spain and that country, once you declare that income in Spain, you would pay again that tax.

Hence, these agreements allow you to pay the corresponding tax JUST in one country, and not in your residence country and also in the country where you received the income.

Spain currently has tax treaties with more than 90 countries all over the world, so it’s very likely that you can benefit from these treaties (at the end of this article you’ll find the complete list of these nations).

Nevertheless, the individual specificities of each treatment are what determine the way in which those double treaty conventions finally play out.

The 2 possible options when applying a double tax agreement

As we have already mentioned, the treaty itself contracted between Spain and the foreign country determines the method to be used in order to avoid double taxation.

In that sense, the first thing to be aware of is that those treaties just apply to certain types of incomes, so you must check if what you are declaring is included in the agreement (or not) and how.

If the answer is yes, there are different ways in which you can avoid paying taxes on that income twice (again, specified on the double tax agreement):

In any case, keep in mind that it will never be possible to apply a deduction higher than the amount that has been determined in Spain. That is to say, if you can apply a deduction from a foreign country of, let’s say € 30.000, and in Spain you have to pay € 25.000, you will not be able to deduct more than those € 25k in Spain.

This foreign tax relief usually applies to foreign-source individual income and capital gains (which can include dividends, royalties, pensions, annuities, interests, etc.), income as a non-resident, as well as corporate taxes.

On the other hand, inheritance tax is usually not covered in those agreements. That is because each country differs in the entity they choose to tax.

For example, in Spain it is the beneficiary the one taxed; whereas in the UK, it is the one who has passed away.

Nevertheless, no matter your country or situation, the first and most important thing to do is to first check if the category of income or profit earned can benefit from a double treaty convention, and which are the specific conditions that apply.

If you are from the UK, there you can find a guide that will help you out.

For the remaining cases, you can check what the specific treaty with your country defines by selecting your country of origin here.

Countries with a Double Taxation Agreement with Spain

Currently, Spain has double tax treatments with the following countries:

You must bear in mind that these tax treaties are revised and amended constantly, with new provisions and modifications.

Those amends and modifications are really specific, covering how concrete types of incomes are going to be taxed (for example).

That is why it is always best to get specialized tax advice from an expert lawyer so that you can be up to date with the latest provisions and can fully harness the benefits of these treaties.

At Balcells Group we can help you out with all your tax obligations in a personalized way, and file/submit any required document for you effortlessly, making sure you don’t miss any deadlines and pay just what you should, and no more! Get in touch us through the following link and get started today:

Get in touch with an expet tax lawyer