Residency in Spain after Brexit (Consequences for UK Citizens) 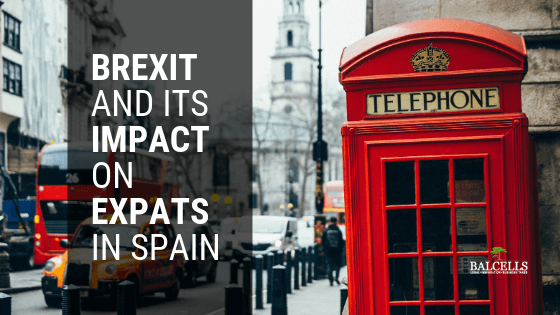 The transitional period has ended. From January the1st of 2021, UK citizens in Spain are already regarded as non-EU nationals for immigration procedures too. And this implies very important changes in order to obtain their residence permit. However, they still have the option of regularising their situation easily as long as they meet the requirements that we will see in this article. What are the Brexit consequences for British citizens in Spain when obtaining their residency and when it comes to any other legal aspect? Let’s discover it!

Content hide
1 Background: Brexit negotiations, transitional period, and more
2 The new residence permit for UK citizens in Spain
2.1 Moving to this new type of residence permit after 5 years in Spain
3 The two possible alternatives to obtain residency in Spain after Brexit during 2021
3.1 If you were already in Spain during 2020
3.2 If you start the process from 0 in 2021
4 Documentation required for British citizens who want to get their card in 2021
5 Living in Spain after Brexit for UK citizens
5.1 Working in Spain after Brexit: the problem with the work permit
5.2 About the family member of an EU citizen residency
5.3 What will happen to your taxes?
5.4 Purchasing a property
5.5 Driving license validity
6 Get specialized assistance

The final referendum was held in June 2016. But it was not until March of the following year, after some bureaucratic procedures, that things continued moving forward.

It was then when the two-year negotiation period began with the European Union, carried out by two technical teams of negotiators, one representing the United Kingdom and the other the EU. After some difficulties, both parties decided to extend the negotiation period several months extra.

Finally, it was in February 2020 that the United Kingdom officially left the European Union.

But the real question was: what will happen to the more than 300,000 British citizens who are living in the Spanish territory and to those planning to do so?

To make it easier for them, a transitional period was established that would last until the end of 2020, so that those brits who were already resident in Spain could change to a new type of residency, and those who wanted to start living in the country could continue formalizing their application easily as if they were still EU citizens.

This is what is known as the withdrawal agreement residency, and it also benefited the relatives of these British citizens.

However, with the entry of 2021, this period came to an end, and that meant very important changes for all immigration matters (which we will explore below).

The new residence permit for UK citizens in Spain

We are going to review it as it will be crucial in order to understand your possibilities to obtain residency during 2021.

It granted the same rights to British citizens in the Spanish territory as if they were Europeans, so getting was the go-to option. It offered two different alternatives:

Furthermore, this also applied to the spouse, children, and parents of the British citizen. That is, those non-EU citizens who could get the Spanish residency as they were relatives of a European Union individual (in this case from the UK).

On the other hand, there was the case of those UK citizens who had been living in Spain for 5 years already. In that case, they had two options:

In both cases, the British expat could obtain this new type of residence permit, and it will last for 10 years.

In the first scenario, the transition is straightforward. But in the latter case, she had to prove that she has been living for 5 years consecutively in the country. If that is the case, no matter if she is still with the temporary card, she will be granted a 10-year permanent one.

As we have just mentioned, whether you were already in Spain or wanted to start living in the country as a British citizen, during 2020 it was very easy for you.

The transitional period allowed you either to exchange your current residence card for a new one adapted to this period (thus allowing you to maintain your residency in the Spanish territory for the long term without any problems), or to obtain your registration certificate as if you were still an EU citizen (thus enjoying a much easier process).

But this period has come to an end, and with it many of the facilities that were involved are extinguished.

So, how do you get your residence in Spain during 2021 as a British citizen?

There are two possible alternatives.

If you were already in Spain during 2020

If you can prove that you were living in Spain before the 31st December 2020, good news.

You can still obtain your residence in Spain easily by following the usual EU route thanks to the withdrawal agreement.

All you have to do is prepare the documentation you will find in the following section, and submit it online or in person.

Your relatives will also benefit from this measure (they can still get their family member of an EU citizen card). You can also find all the specific documents below.

On the other hand, if you had a registration certificate or were the holder of a green card, during 2020 you could validate it and get a residence permit that would ensure you could stay in the country in the long term.

Nevertheless, if you did not exchange it for the new type of permit, you can still do it during 2021.

But what happens if you start the process to get your residency from January 2021 onwards because you have not lived in Spain before?

In that case, you will have to resort to the non-EU usual path.

That is to say, to apply for a regular residence permit in the same way an American or Japanese citizen, for example, would do.

However, there are certain residence permits that make the process much faster, for example:

On the other hand, and if you are not sure, we recommend that you contact one of our immigration lawyers so that we can evaluate your situation and provide the best alternative according to your particular case.

Do you have any doubt? Ask anything to our lawyers here and get an instant answer:

If you can prove that you were already in Spain before the beginning of 2021, you can submit the following documents in person or online (through this link) to get your residence card as if you were still a European Union citizen:

And, for family members of British citizens or minors:

Living in Spain after Brexit for UK citizens

Finally, we will now cover some other relevant issues related to important legal issues that will regulate the life of a UK citizen in Spain after Brexit.

Working in Spain after Brexit: the problem with the work permit

What will happen with the work permit application process?

Because there is something worth considering. We know that for non-European Union citizens, like Russians for example, the process to get the work permit is really tough. A lot of requirements, tons of documents to present, a shortage list…

Conversely, for European Union citizens, the application procedure is really easy. French citizens, Germans, or Italians with their European passport, can get a work permit in Spain in just 24 hours.

So what would happen to British citizens if the UK is no longer a European Union country?

Well, there is a third situation, the case of countries like Andorra. These countries are not from the European Union, but do enjoy special treaties with Spain. And that enables them to get their residence permit as easily as if they were Europeans.

If they have not been able to regulate their situation because they were not in Spain before the beginning of 2021, they must now apply for a residence permit that explicitly allows them to work (because some alternatives, such as the student visa, does not allow a regular job contract).

And to do so, they must meet all the relevant requirements, which are really tedious sometimes. That is why a good alternative is the work permit as a highly qualified professional instead of going for a regular work permit.

On the other hand, those who were able to exchange their residency thanks to the withdrawal agreement and those who obtained the special transitory permit will continue keeping their legal capacity to work in the country.

About the family member of an EU citizen residency

As you already know, one way to get a residence and work authorization in Spain is being a family member of a European Union citizen. And that is how many non-EU citizens got their residence permit in the country: by being married to a UK citizen, for example.

But that is something that worked till today. What will happen now after Brexit, as UK citizens are no longer European Union citizens?

Again, if the British citizen has been able to benefit from the withdrawal agreement, their relatives too. This means that they can get their card by fulfilling the requirements we have seen in the previous section (or keep the one they got if they had exchanged it during 2020).

Otherwise, the EU relative card will no longer be an available path, and they will need to apply for a regular residence permit (perhaps by formalizing a joint application with the British citizen); or resort to the family reunification process.

What will happen to your taxes?

As a European Union resident, you don’t need to be in Spain 183 days a year to keep the green card. But non-EU citizens with a residence permit are required to stay in the country for at least 183 days to maintain their residency.

And that implies becoming a tax resident in Spain, therefore paying income tax for all the incomes generated worldwide

Thus, UK citizens who get their residence permit from 2021 onwards will become resident for tax purposes if they wish to renew their residency, with all the relevant tax conditions that implies.

Can I still buy a property in Spain as a UK citizen after Brexit?

Yes, you can do it; and under the exact same circumstances as before.

The prices won’t also differ now that you are not an EU citizen, but it will be important to monitor fluctuations between the Euro and the Pound (as this may really affect your purchasing power in the country).

Nevertheless, there are some differences to consider, as you will now pay non-resident tax on the property at 24% instead of 19%.

If you want to find out these and all the other effects Brexit had on the real estate purchasing process in Spain, click here.

Finally, something many are concerned about. The validity of their driving license. Will there be an automatic renewal or will it be disqualified as soon as Brexit happens? What we know is that, during this transitory period of 2 years, all these things like driving licenses, social security,… will remain protected.

But what happens if your driving license expires in 10 years, time by which the transitory period will have completely ended?

Therefore, it is highly likely that you as a UK citizen will need to update for the new one as a non-European Union country.

As you have seen, as Brexit consequences end being fully incorporated, many areas of the lives of British citizens in Spain will drastically change. Taxes, their legal status as foreigners, social security…

As immigration lawyers with tons of British clients, we can advise you while making sure none of those changes becomes a real problem. That is why, if you need specialized legal advice in any area, do not hesitate to contact us, we will be happy to help you!

Talk to one of our lawyers