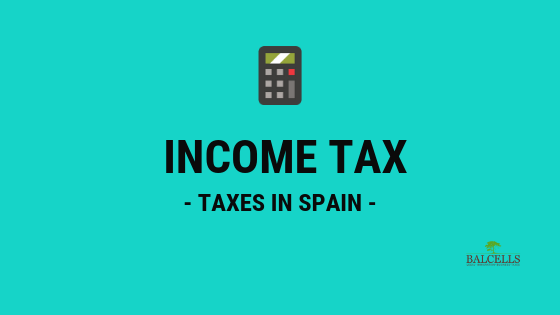 Taxes in Spain can be really complicated. And that is even truer when it comes to one of the main taxes to be paid: the income tax. In this article we are going to cover everything you should know about it. From the main difference between residents and non-residents to which are the expenses that you can deduct from this tax. Are you ready to learn how to save money?

WHAT IS THE INCOME TAX?

The income tax, also called IRPF (“impuesto sobre la renda de las personas físicas”) in Spanish, is a direct tax that is applied to the difference between the incomes earned by an individual minus the expenses that can be deductible according to the Spanish tax system.

This means that, if you obtain any income, no matter if it is as a self-employed conducting your own activity/business or as a result of your job as an employee, you will pay taxes upon that.

Nevertheless, there are several differences depending on your concrete situation that will enlarge or diminish the corresponding tax percentage. Being a resident in Spain or not completely changes everything.

Furthermore, there are some situations in which you won’t pay income tax.

DO I HAVE TO PAY INCOME TAX IN SPAIN?

No matter your situation, in the very moment in which you register any kind of income in Spain, you will have to pay income tax on it. The exact amount, nevertheless, will differ depending on your situation. That is something we will cover in a minute.

And do I need to file an income tax return?

The answer in the vast majority of situations will be yes. But, more specifically, you will need to file an income tax return provided that:

And when and where should you do it?

You should file it at your local tax office, during the months of May and June. Bear in mind that you will be filing the tax return of the previous year.

INCOME TAX FOR RESIDENTS IN SPAIN

Remember that, if you spend more than 183 days per year in the country, you will be regarded as a tax resident.

And residents in Spain need to pay income tax on the income they receive worldwide, no matter the country that money is coming from.

Bear in mind that Spain has double-treatment conventions with many countries regarding taxes, so individuals don’t end up paying twice for the same income. And if there is no double-taxation agreement with your country of origin, you will be able to deduct the foreign tax paid in your income tax return. So you are safe either way.

Would you like to enjoy an important tax reduction? Then the Beckham Law will be your best ally.

And now maybe the question you were looking for…

HOW MUCH SHOULD I PAY FOR THE INCOME TAX AS A RESIDENT IN SPAIN?

Let’s now cover the exact percentages that will be applicable depending on your situation.

But, for that, we need to understand that in Spain incomes are divided into general income and savings income. And the percentages will change accordingly:

In this category of income, we find anything like interests and dividends, incomes obtained through annuities or gains made when transferring assets. As for 2020, the exact tax rates on savings income are:

In the category of general income, we find the incomes not included in the previous section (taking into consideration the incomes obtained worldwide). This means that income obtained both by self-employment and employment in any company (your salary), your pension, incomes from gambling and lottery wins, as long as any other gain made when selling an asset, etc. will be included here.

Nevertheless, giving an exact scale as we did before is more complicated here. And that is because tax percentages change across regions. It is competence from each Autonomous Community in Spain to set their own scales.

But, with the aim to give you some guidance, we will go over the numbers from the main areas in the Spanish territory:

SPECIAL SECTION: HOW INCOME IS TAXED IN SPAIN FOR UK CITIZENS

Due to a special double-treaty convention between Spain and the UK, many assets do enjoy their own peculiarities when it comes to taxation.

That is why many questions arise among expat UK community in Spain, like: will my UK pension be taxed in Spain? If you would like to learn more about this, like what happens not only with pensions but also with interests, dividends, and other assets, you can learn more on income taxation for citizens from the United Kingdom in Spain here.

And what happens if you stay for less than 6 months in the country and you are not considered a tax resident? Then you will be liable for any income that you obtain in Spain, only. Worldwide income won’t be considered.

For example, the rental income you obtain from a Spanish property you own, dividends from a company you have invested in,… This would be incomes that create income tax payments.

In this case, non-residents from any European Union country, Iceland or Norway will pay a flat rate of 19%. If you are from any other country, a 24% fixed rate will be applied to your incomes in Spain.

OWNING A PROPERTY AS A NON-RESIDENT IN SPAIN

Let’s focus for a second on one of the most typical sources of income that many non-resident expats have in the country. We are referring to the property income or the rental income obtained from having a property.

If you have a property in Spain and you would like to rent it, you will need to pay income tax on that rental. But you will be able to deduct the part that is proportional to the cost of running and maintaining the property.

This means that, after deducting from the income that the property generates the day-to-day expenses, like the home insurance or any maintenance cost that exists, you will obtain the net rental income. And that is the amount to which you will apply or the 19% or the 24% income tax depending on your country of origin.

If you were a tax resident in this situation, you would be able to apply a 60% reduction on the net rental income.

DEDUCTIBLE EXPENSES FOR THE INCOME TAX

This is the part that may interest you the most. What can you deduct from your taxable income so you will save money?

Nevertheless, there is one thing to consider here. In countries like the UK, this allowances and deductible expenses are given against the income, subtracting from it. In Spain the situation is different. In our country, they are conceded as a tax credit that works in favor of the total payable tax.

What we have covered up till here where the general dispositions that the tax law states. Nevertheless, the tax system in Spain is really complex, and according to your specific situation the general rule won’t be applicable or you will be able to benefit from deductions and personal allowances.

That is why our best piece of advice after reading this post is relying on expert tax lawyers that can assess your situation and manage your taxes for you.

At Balcells Group we will optimize your taxes and save you money, including the capital gains tax. So stop wasting your incomes and start paying just what you should.

I WANT TO TALK TO AN EXPERT

GET YOUR FREE IMMIGRATION GUIDE HERE 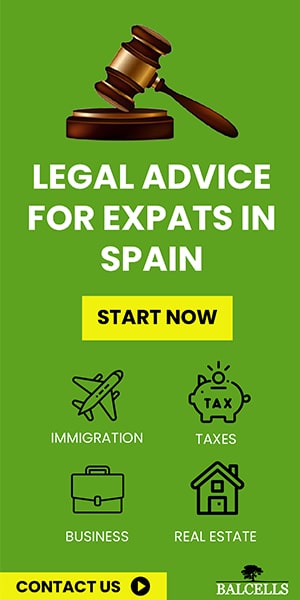