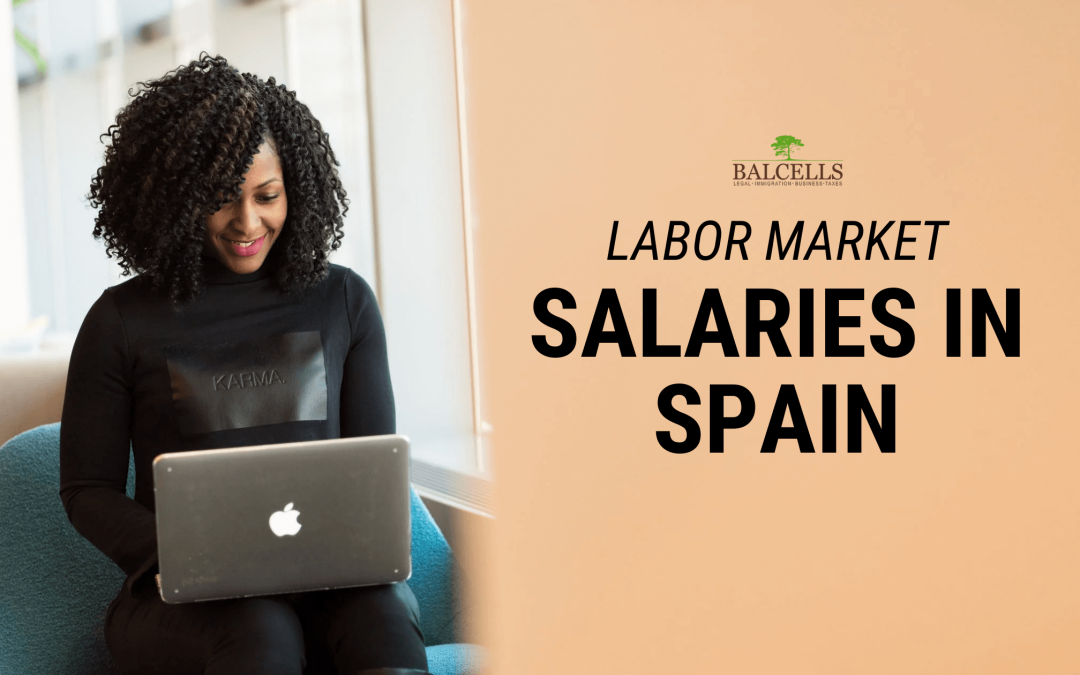 What is the minimum wage in Spain? And how much can you expect to earn on average while working in the country? In this article you will find the answer to these questions, with updated data by sector/profession and region. We will go over a general overview of the Spanish labor market and everything that affects salaries in Spain so that you know in advance how much your profession is currently earning. So if you want to know what is considered a good salary… keep on reading!

Content hide
1 What is the average salary in Spain?
1.1 How is the average salary calculated?
1.2 What is a good salary in Barcelona?
2 What is the best-paid job in Spain?
3 Wage comparison with other European Union countries
3.1 Why are salaries in Spain lower than in the north of the EU?
4 How much is the minimum wage in Spain?
4.1 What should I do if I am not earning the minimum wage, but less?
5 The Spanish labor market

What is the average salary in Spain?

That is, more purchasing power for workers.

Following the same line of recent years, the Autonomous Communities of Madrid and País Vasco are the regions with the highest salaries (almost reaching 2,000 euros gross per month).

On the other hand, we find those regions with the lowest salaries. We are talking about the southern communities, such as Andalusia, Murcia, or Extremadura; below 1,400 euros per month.

Nevertheless, and due to the affordable cost of living in all the Spanish territory, the average salary is totally sufficient to live a more than dignified life in the country.

Obviously the price of renting in capitals such as Barcelona or Madrid can be quite high, but moving to the periphery of these cities or looking for other less touristy regions is enough so that even with the lowest salary you could enjoy the Spanish lifestyle comfortably.

How is the average salary calculated?

This is certainly a crucial consideration.

We have just seen what the average wage in Spain is; that is, the average amount that any worker, if picked at random, earns.

But in order to really understand what this number means we must know how it is calculated.

In other words, the average wage is obtained by adding up all the wages earned in the country and dividing by the total number of workers.

Obviously, and knowing these data, we see that the average wage poses a problem: it is aggregating all kinds of workers in all industries or sectors. So although it is an indicator that can serve to give us a general idea, you can not rely on it much to understand how much you can expect to earn within your specific industry/job position.

Another element to take into account is the number of payments with which the average salary is contemplated. Normally it is calculated based on 14 payments (the usual in Spain, being 12 for each month of the year and two extra, usually for holidays), although in some cases 12 payments are rather used.

Finally, the difference between gross and net wages. The net wage refers to the actual amount that the worker ends up receiving. That is, unlike gross salary, it no longer includes personal income tax deductions, social security deductions, or any other deductions.

You will find all this broken down and perfectly revered in your payroll. You can find out more about how payslips are set up in Spain inside this article.

What is a good salary in Barcelona?

Catalonia is the fourth largest autonomous community in Spain in terms of average salaries, behind Navarra.

This, together with the fact that Barcelona is its capital and one of the largest and most dynamic cities in the country, makes its salaries remarkably high.

The median (much more realistic than the average) is around 30,000 euros per year.

Obviously, this will vary greatly depending on your profession and years of experience.

But if you are going to live alone in a rented flat, and taking into account all the expenses you may have, any salary over 2,000 euros per year would be considered a good salary in Barcelona.

What is the best-paid job in Spain?

As we have mentioned, there are many differences between professions.

However, the 4 best-paying jobs are:

At an industry level, it is the companies within the banking and investment sectors, as well as insurance, that pay the highest salaries.

There is no denying the fact that the higher the job insdie the business ladder, the higher the salary. Hence, directors and managers are the ones who earn the most in Spain. These are followed by health professionals, scientists, and intellectuals.

And, at the opposite end of the spectrum, the profiles of the restaurant and tourism industries are those who tend to charge the least.

Another very useful exercise is to compare the Spanish wage conditions with that of the rest of Europe.

In that sense, we find a very marked difference between the northern countries (such as Germany, Finland, or Norway) that receive much higher salaries in relation to those of the south (Spain, Greece, or Portugal).

The Spanish territory is in the middle of the table: wages are much lower than compared with the northern European countries but higher than in the southern regions (except Italy).

At the minimum wage level, Spain has the eighth-highest salary compared to the rest of the 22 European Union countries.

Why are salaries in Spain lower than in the north of the EU?

There are a number of reasons that explain why salaries in Spain are lower than in Northern Europe:

How much is the minimum wage in Spain?

The SMI or minimum interprofessional salary is € 950 per month if paid in 14 payments, with an € 58,30 increase with respect to the previous year. This increase in the SMI reduces to some extent the gender-based wage differences within the low-income brackets.

This amount applies to any worker in Spain registered with Social Security (i.e. working legally with a contract). And it does not take into account sex, age or the sector in which you work: is applied to everyone and in any condition.

The Ministry of Labour and Social Economy is responsible for setting this minimum wage and reviewing it annually. In other words, it varies every year.

In the case of Spain, the minimum salary is currently higher than in Portugal (700 euros/month), and lower than in France (1,521.22 euros).

In the case of part-time jobs, the normal average wage is divided by 2. Hence, it is currently set at 450 euros per month with 14 payments. And this is true even for seasonal contracts (those lasting less than 3 months), such as summer jobs.

What should I do if I am not earning the minimum wage, but less?

You have total protection before the law, so it is possible to claim the remaining amount from your company until you meet the minimum wage. The company could be fined and forced to comply with the labor legislation (paying you the minimum).

The institution of making sure everyone gets paid the minimum wage is the “Fondo de Garantía Salarial” (FOGASA).

It operates under the Ministry of Labor in cases of business insolvency or bankruptcy that have made it impossible for the individual to earn what he or she should based on the services provided as a worker.

What we have seen so far has given us enough clues to create a complete picture of the Spanish labor market and the laws that regulate it.

In this sense, we are talking about a fairly protective labor market, despite the fact that it has become more flexible with the general labor reform of 2012.

Firstly, we are talking about a fairly high minimum wage, especially in comparison with the country’s level of productivity and its cost of living.

On the other hand, the protections that the worker receives through the workers’ statutes and the regulatory framework of the contract are also remarkable.

Whatever your profession, you can work a maximum of 40 hours per week through a contract. It is possible to work overtime, but those hours cannot exceed 40. In addition, each hour must be paid at or above the hourly rate set out in your basic contract.

In addition, at least 12 hours must pass between the end of the working day and the beginning of the next day. And if a workweek has ended, a day and a half must pass before the next one can begin.

Finally, mention that young people under 18 cannot work unless they are 16 or 17 years old and have the explicit consent of their parents or legal guardians.

If you have any questions regarding your employment contract or salary, our team of expert lawyers will answer them all in less than 24 hours entirely online!