Changes in The Spanish Self-Employed Regulation 2018 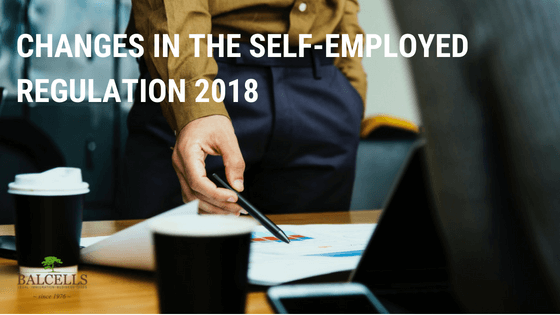 The amount of self-employed individuals in Spain never ceases to grow. Registering increasing rates year after year, the Spanish territory is, without any doubt, dominated by small firms. This fact takes us to understand that the related legislation is of huge relevance for us all. From the beginning of this year, few changes in the regulation have been implemented, and those will certainly have a big influence both for existing self-employed workers and to those still to join. Are you ready to discover which are the specific changes in Spanish self-employed regulation of 2018?

The specific updates were introduced on the 1st of January 2018 by the Spanish government. The approved set of laws have been designed with the aim to make the lives of the self-employed much easier, apart from trying to attract a greater number of them to register. Those modifications have an incidence both in fiscal as well as in social security issues.

The introduced changes are the following:

We should not forget that it is the legal framework that establishes the rules of the business game. Upon them, it will be the businessman the one in charge of developing its activity in a successful way, but always being strongly conditioned by that regulation.

Like this, and through these measures, not only does the state favor and improves the “legal quality of work” for entrepreneurs but also erects an attracting strategy for new self-employed individuals. And, at the end of the day, it is they who push the economy forward.

As a clear improvement respect to the previous year 2017, the changes in the Spanish self-employed regulation of 2018 go hand by hand with the self-employed boom that Spain registers during the last months, so much from a local origin as from foreign entrepreneurs.

This apparent positive correlation can be a clear hint of how beneficial those measurements are.

How do you think that the new update will affect the Spanish business sector? Leave us your opinion in the comment section!