Loss and Preservation of Spanish Citizenship 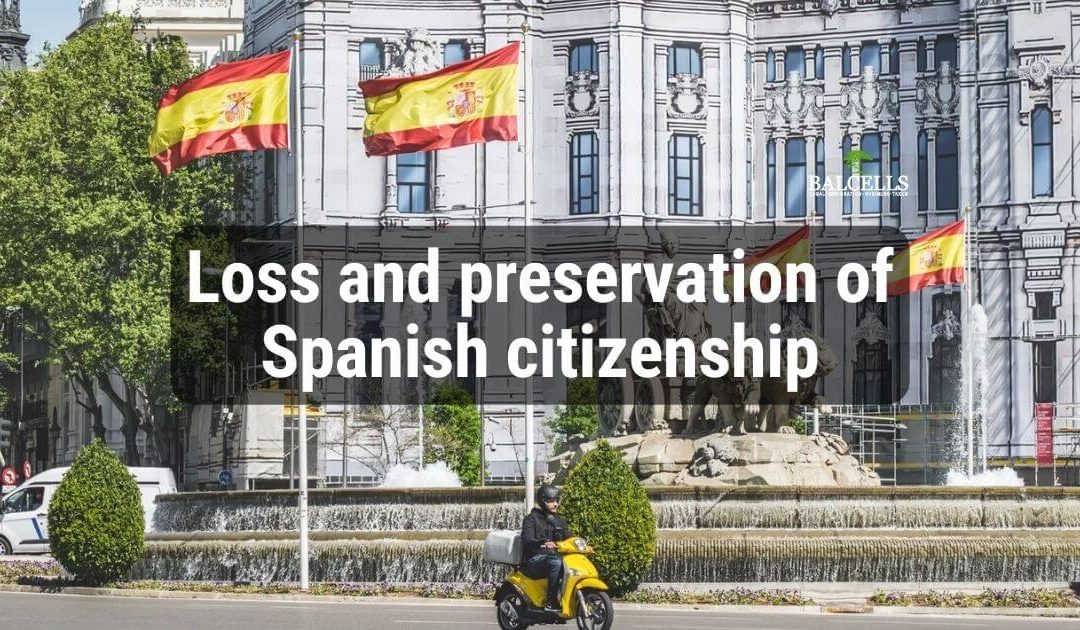 If you have obtained Spanish nationality, the information in this article will be of crucial importance to you. Because unless you follow the steps and requirements mentioned here (especially if you leave Spain and use or get another nationality), you could lose your citizenship and be deprived of all the rights it has granted you.

Thus, in this post we will analyze the main causes and reasons for loss of nationality established by the Spanish Civil Code, what you can do today to avoid it, how to preserve it, and the most frequently asked questions about this topic solved.

Content hide
1 Is it possible to lose Spanish nationality?
2 Main reasons for loss of citizenship
3 How to avoid losing your nationality
4 How does the loss process work?
5 How to recover the nationality

Is it possible to lose Spanish nationality?

Yes, it is entirely possible for a foreigner who has obtained Spanish nationality to end up losing it (as we will now see, in cases where it is not used).

But before going into this particular situation in more detail, we must distinguish between two general assumptions, since it is actually not possible to lose it in all cases:

Although this loss is something uncommon or usual, it is something defined in articles 24 and 25 of the Spanish Civil Code, and our recommendation is that you continue reading to understand what reasons can lead to this situation.

For most of them can be easily avoided.

Main reasons for loss of citizenship

*The first case corresponding to the citizenship loss by requesting a third nationality does not apply to the countries with a double nationality treaty, as it is the case of the Ibero-American countries, Andorra, Portugal, or the Philippines.

That is to say, in short, in any of the two previous cases, not using the Spanish nationality for a prolonged period of time (3 years) but exclusively a third one (the one of origin or the one of a third country) would suppose the withdrawal of the Spanish citizenship.

To give an example, it would be the case of a Venezuelan citizen who obtained citizenship in Spain but later moved to Australia where she obtained there Australian nationality, and started to use exclusively the Australian one (or the Venezuelan one), but never the Spanish one.

In these cases, unless the foreigner goes to the Spanish consulate and states in writing her desire to keep the Spanish citizenship, he could lose it.

Finally, we also find two extra cases that could cause you to lose your nationality, although these are much more isolated and infrequent cases:

How to avoid losing your nationality

If you have Spanish nationality, you can move to a third country without any problem. Whether it is your country of origin or any third one.

Living outside Spain, per se, does not imply the loss of the nationality directly.

However, to avoid the loss, then, you will have to consider the following: there are two different alternatives or methods you can use within 3 years after obtaining citizenship.

We are talking about, either formalizing an intention act including your desire to keep the Spanish nationality or to use it in one way or another.

What does it mean to use the nationality? For example:

How does the loss process work?

This process of withdrawal or loss will generally be initiated by the Spanish consulate when the interested party tries to renew the expired Spanish passport.

This institution will initiate a withdrawal file, which first offers an allegation period.

In the case of not receiving any sufficient or valid allegations, the process ends with an inscription in the marginal of the birth certificate, which requires a resolution from the Civil Registry.

Therefore, one crucial point here is to make good allegations in order not to lose the nationality.

These allegations involve the attempt to demonstrate that, in some way or another, you have used the Spanish nationality in the last 3 years (following the examples seen in the previous section).

How to recover the nationality

If for any reason you have lost your Spanish citizenship, not everything is bad news. There is the possibility of recovering it (on certain occasions), and in order to achieve that goal the following requirements must be met:

However, having been deprived of citizenship, it will also be necessary to receive an authorization from the Spanish government, which is granted in a discretionary manner.

And up to here everything you need to know to avoid the loss of Spanish nationality. If you have any doubts or would like our immigration lawyers to help you with any legal situation, do not hesitate to contact us through the following form: