Dual Citizenship in Spain: How to Get it, Countries that Allow it and More 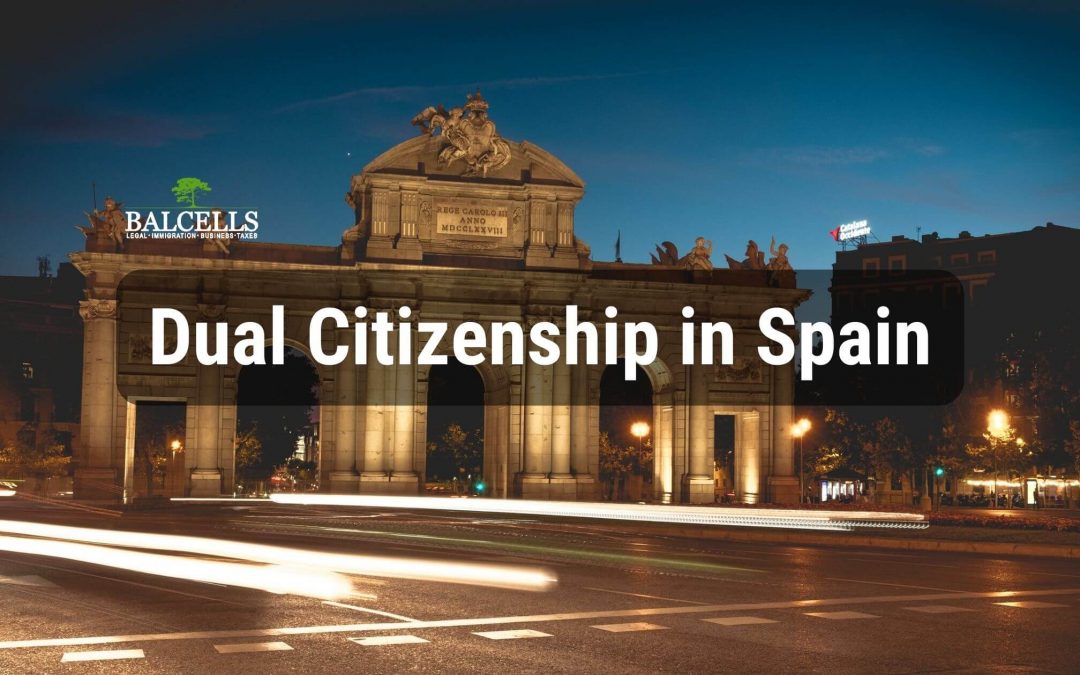 There are many benefits associated with it. Not only makes things easier and faster, but it can also on an emotional level. Having dual citizenship in Spain is something may foreigners seek, and in this article you will learn everything about it. We are going to see a complete list of countries that can obtain it, which are its main benefits, and what to do if you already possess dual citizenship from two different countries but would like to get the Spanish one.

As a general rule, when you apply for and are granted Spanish nationality by residency, you must renounce your prior citizenship.

Nevertheless, there is an exemption: those individuals from Ibero-American countries (former Spanish colonies), Equatorial Guinea, the Philipines, and Portugal can keep both their original nationality and the Spanish one.

*Guyana, Trinidad and Tobago, Jamaica, and Haití are not considered Ibero-American countries for this purpose, but Puerto Rico is.

So, for example, if you hold a British passport, you will have to renounce your nationality from Britain in order to obtain the Spanish one.

Which are the countries that can have double citizenship with Spain?

Here you can find the complete list of all the countries with a special treatment with Spain that allows them not to renounce their former citizenship when obtaining the Spanish one:

If your country is not on this list, you must first get rid of your original nationality in order to obtain the Spanish one.

In March of 2021, an initiative that had been negotiated since 2019 between Pedro Sanchez (president of Spain) and Emmanuel Macron (president of France) finally became legally effective.

From then on, Spain and France do have an active dual citizenship agreement by which their citizens can obtain the other country’s nationality without renouncing to their own.

This measure could benefit over 300.000 Spanish citizens in France and more than 150.00 French nationals in Spain.

Why is it so beneficial to hold two different passports at the same time (both with legal validity)? Here are some of the reasons:

How to renounce your former nationality

As we have just seen, this renouncing procedure will be required in the vast majority of the cases in which the foreigner is applying for Spanish citizenship.

Even though that will depend on the country of origin, there are some general guidelines that are applicable anyway.

First of all, you must enter Spain, obtain a residence permit, and live in the country for the required period of time until you become eligible to apply for citizenship.

After that time, and provided you have stayed continuously in the country, you can initiate the application. Once your application has been accepted, and before the pledge of allegiance, you will have to renounce your former passport.

You will have to visit a consulate or embassy from your country of origin and sign the corresponding papers in which you declare your willingness and intention to get rid of your former passport.

From then on, your former passport won’t be valid and you won’t be able to use it anywhere.

What are the implications of having double nationality?

This is something of crucial importance, and that must consider if you are about to gain a second nationality.

Having two different citizenships means that you hold, at the same time, a legal relationship with two different countries (as you are a national of both).

So you may be asking: does that mean that I must comply with the laws of both at the same time and respond accordingly?

No, as that would be really complicated (you could be required to do one thing according to the first country’s law, and a completely different one regarding the seconds).

That is why the vast majority of dual nationality treatments state that the applicable legislation would be the one from the country in which you are currently living.

This will avoid any contradiction and allow you to know what to do in each situation.

Besides everything we have seen so far, this would also allow you to avoid losing Spanish citizenship in case of obtaining one from the list of countries with double-nationality agreements.

In case you have two nationalities (let’s say, American-Mexica, or Italian-Argentinian), you will have to apply for Spanish citizenship with the same nationality you used to enter the country.

That is, it is not possible to enter with one nationality and apply with the other one.

Why would anyone do that?

Because If you are from certain countries, like Latin-American ones, you could benefit from a reduction in the years required to get citizenship in Spain, and start your application just after two years in the country (instead of 10).

Furthermore, being from one of these former Spanish colonies exempts you from taking the DELE exam (the Spanish language test). So here we can find another important benefit worth considering.

Nevertheless, there are other types of benefits from the opposite side.

If you enter with your European nationality, you have it much more simple to get residency in the country (through the EU registration certificate).

That is why you must make sure to consider both short-term and long-term consequences.

There is one thing for sure: you must formalize your application with the same citizenship with which you obtained your NIE number and residency permit.

Hence, if you prefer avoiding 10 year period but knowing that the requirements to get residency in the country will be tougher, enter with your Latin-American nationality.

*You can avoid the Spanish language test no matter with which nationality you entered.

If you have any doubt or need help from our immigration lawyers, do not hesitate to contact us. We are at your complete disposal 24/7: