How to Get Spanish Citizenship: Requirements & Legal Process

If you would like to become a Spanish citizen and get the passport in the country, keep reading. In this article we will solve all your doubts about Spanish citizenship. We will go over the 4 options you have to obtain it, documents and requirements for each, and application process. Including a useful tip to get in in half time! So get ready to learn how to get Spanish nationality.

What is Spanish Citizenship and how can you obtain it?

Spanish Citizenship is a right you can obtain that enables you to live indefinitely in Spain; at the same time that grants you certain benefits, like the right to vote or to freely move and work within the EU.

The most common way of becoming a citizen of Spain is by right of birth. Provided that you have been born in Spain and your parents are Spanish, you directly become a national of the Spanish territory.

Nevertheless, the Civil Code accepts other procedures that can enable you, as a foreigner, to get Spanish citizenship.

For example, as a general rule, those foreigners who have lived in Spain for 10 years can get nationality (citizenship by residency).

But there are other paths, and that is what we’ll discover in this article: like citizenship by marriage, by descent, and by option.

So make sure you keep on reading because it is highly probable that you can get it yourself. And maybe much faster than you thought!

The Spanish nationality is regulated trough one of the most basic documents of the country, the Civil Code, published in 1889. Nevertheless, the authorities have implemented several modifications (we will study them in a second) that affect the way you can get Citizenship. Those are, for example, the ones that come specified on the Royal Decree 1004/2005.

There are 5 main benefits that you can enjoy when becoming a Spanish citizen:

If you apply for Spanish citizenship, you will have a much easier time navigating the Spanish bureaucracy whenever you need to start any legal process. This, for sure, will save you tons of time.

2. Obtaining the right to vote in Spain

Expats living in Spain for the long run may like to have the option to vote. After formalizing this process, they can.

Becoming a Spanish citizen, you will have the right to enter 183 countries with your visa on hand during the arrival.

4. Getting the EU passport

You will also be granted the right to live and work anywhere you want inside the European Union.

Spanish is not planning to leave the EU any time soon. Therefore, these benefits are not going to change either expire during the upcoming years.

Do you have any doubt? Ask anything to our lawyers here and get an instant answer:

If you have been living in Spain for several years and would like to stay in the long run, the question regarding which is your best option will surely pop up.

What should I do, apply for permanent residency or become a Spanish citizen (thus obtaining Spanish nationality)?

Well, the reality is that both options will grant you the possibility to live in Spain indefinitely.

Nevertheless, there are a few differences in regards to these two possible paths, and clearly understanding them will be key.

About the permanent residency in Spain

If you have lived in the country for 5 uninterrupted years, you can apply for permanent residency in Spain.

This kind of permit grants non-Eu citizens the possibility to stay in Spain over the long run. You just need to renew your residence card every 5 years.

The conditions under which you will be living in the country are the same as those of Spanish citizenship; therefore it can be your preferred option, as it is perhaps the easiest one and the most straightforward.

What is then the difference between Spanish nationality?

The main downside of becoming a citizen

After 10 years of living in Spain, you can obtain Spanish nationality, thus becoming a Spanish citizen.

So that is what you should take into consideration. If you wish to preserve your original nationality, go for permanent residency, and renew it every 5 years. If that is not a problem for you, nationality will be a better option.

There is, nevertheless, an exception to that rule. If you are from Andorra, Portugal, Equatorial Guinea, the Philippines, or from a Latin American country, you can obtain your dual nationality; therefore there won’t be any need to give up your original citizenship.

How to get Spanish Citizenship: the 4 different options 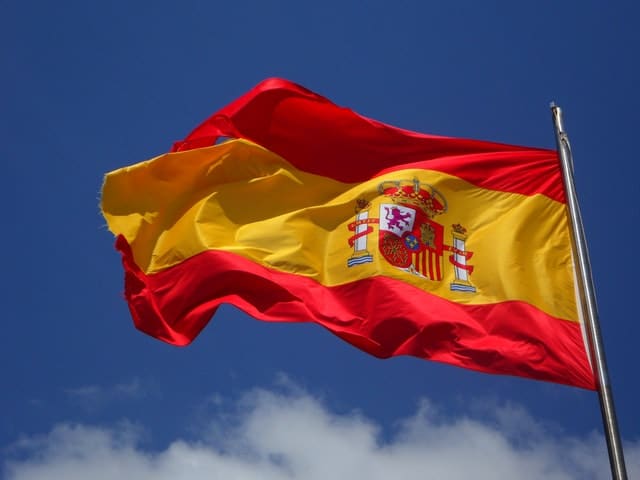 Now that you know how this process can benefit you it’s time to see the actual steps to get it. As we have already mentioned, there isn’t a single path to become a citizen.

There are four main ways in which you can obtain Spanish nationality:

Each of them has different requirements. So make sure you fully understand them to what you should go for.

This is the most known of them all.

If you having been a legal resident in Spain uninterruptedly for a certain amount of years, you can get the Spanish residency through a process called naturalization.

So, basically, it is granted to all foreigners who have remained in the country enough time. You just need to enter Spain with your residence permit, renew it enough times, and once you reach the time frame required according to your situation, you will be granted citizenship.

How long do I need to live in Spain to get Citizenship?

The exact amount of time will depend on your situation, family ties and country of origin:

Requirements for Citizenship by residency

But it’s not that easy. Beyond living in the Spanish territory for 1,2, 5 or 10 years; you must make sure to meet the following requirements for a successful application:

Would you like to get Spanish nationality without the need to wait until 10 years? Then citizenship by marriage may be the right solution for you.

This type of nationality is granted to those foreigners who have been legal residents in Spain for 1 year and who are married to a Spanish citizen. Civil partnerships or divorced couples are not valid for this procedure.

So the process is simple. First of all, you need to marry a Spanish Citizen. Once you do that, you will be able to get a residence and work authorization through the family member of an EU visa.

After 12 months of living together with your spouse (this is really important), you will be able to start the application process. The requirements are exactly the same as the ones we saw in the previous section.

Bear in mind that time starts counting from the moment in which you get your residence card.

An individual who became a Spanish national by option (also called citizenship by origin) is simply a foreigner who got citizenship because of her parents getting it before.

Let’s say, for example, that you initiate the application for your citizenship by residency. If, in that application, you include the birth certificate of your children, they will be able to become citizens of Spain later on.

The important consideration is that your children must be under 18 years old. Nevertheless, they have the right to claim citizenship for 2 complete years, so they can become nationals until they are 20. Hence, provided that you, as a parent, applied for Spanish nationality when they already were over 18, the process is not valid.

So, who can benefit from citizenship by option?

Children of Spanish parents can get a Spanish passport immediately and easily. But what happens to their grandchildren? To they have the same luck?

Well, some years ago it was not possible. The nationality law simply did not include those cases. Nevertheless, with the approval of the new grandchildren’s law, the situation has changed completely.

Nowadays, if you are the grandchildren of a Spanish citizen and you are inside any of the following group, you too can apply for the nationality:

The application process to get Spanish citizenship is really straightforward. It can be divided into the following stages:

Let’s review each of them carefully.

Required documents to get the nationality, plus preparation

The first step is to prepare the following documents. Consider that, depending on the type of citizenship you intend to get, some of them may differ:

About Spanish citizenship test: DELE A2 and CCSE

In order to get Spanish passport and become a national in the country, you must pass two different citizenship exams:

Both exams are organized by the Cervantes Insitute.

It is this second test the one that scares applicants the most. But it shouldn’t be like that. Why? Because the Cervantes Insitute publishes all the questions online (usually there are a total of 300). So you can easily practice completing all of them beforehand, so you know what you can expect.

Furthermore, if you fail, you can retake it. You have 3 different opportunities until you need to pay again (85€).

Once you meet all the requirements and finish with al the paperwork, you need to send it to the authorities.

In that sense, you have two different options:

Our recommendation? Do it online. It will save you a lot of time (no need to get an appointment), and you will receive your resolution much faster.

Nationality processing time: how much time does it take?

Usually, the process takes about 2 to 3 years in total. Nevertheless, there is a really useful tip you can use to speed the process up radically.

Once you submit your application, the Spanish government has a period of 1 complete year to legally submit their response (which you can check here through the “cómo va lo mío” platform).

During that time, your file will go through several stages or statuses. If you click here, you will access one of our articles in which you will find all those stages and the meaning of each.

It will be after that period when you can start making things faster. Why? Because, if after 12 months you did not get a response, it simply means that your application got rejected due to administrative silence.

But as there is no reason for that denial, you can initiate an appeal to claim a review. After that, you will get a response in 3-4 months.

If you start getting an appointment for the flag’s jury at the same time you submit your appeal, it is possible to get Spanish citizenship in just 1 year and a half.

Get legal assistance with your nationality application

If you feel this is too much information and would like to have your life simplified, you don’t need to worry, our team of specialized immigration lawyers in Spain is here to help you out.

We can manage the whole application process for you: determining which is the best path for you to follow, asking you the concrete documentation and information you will need to get your application approved, plus filling out and sending everything ourselves. You will just need to sign!

Furthermore, we can make the process faster; so you avoid long waiting times.

What are you waiting for in order to get your Spanish Nationality?

I WANT TO GET SPANISH CITIZENSHIP NOW