Grandchildren Law in Spain: Citizenship as a Descendant of a Spanish Citizen 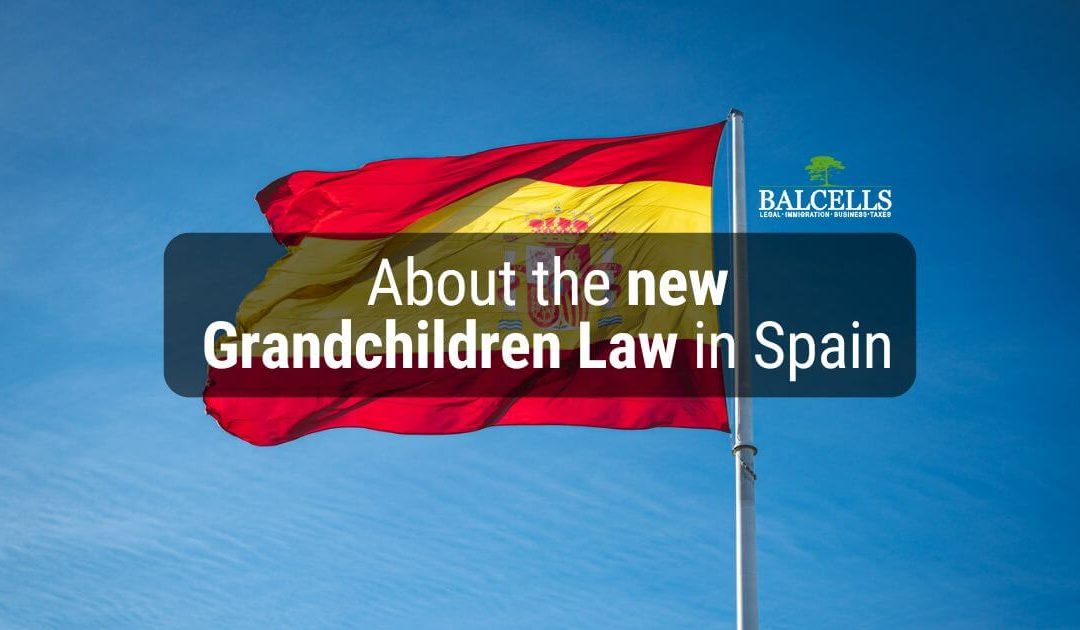 The Grandchildren Citizenship Law or Law of Democratic Memory has been finally approved and you can already apply for it. This allows children and grandchildren of Spaniards to obtain Spanish nationality directly, without the need to live in Spain for any minimum period of time! In this article, you are about to learn everything you need to know about this new law and how to benefit from it, as well as the 3 scenarios that have been included.

Content hide
1 How to obtain Spanish nationality as a child or grandchild of a Spaniard
2 The 3 assumptions for applying for nationality under the Democratic Memory Law
3 Documents required to apply for the Grandchildren Law
3.1 Documentation to prove the family relationship
3.1.1 What happens if there is no birth registration of the Spanish parent or grandparent?
3.1.2 Extra documentation if your mother lost her citizenship as she married a foreigner
3.2 Documentation to demonstrate the condition of exile
4 Where to apply?
5 When will the Law of Grandchildren come into force?

In 2007, the Law of Historical Memory was published in Spain, which allowed many foreigners descending from Spaniards to obtain citizenship in the country.

But many political parties felt that this measure was not enough, and that greater efforts should be pursued to expand it.

After different actions, last year the Law of Democratic Memory was finally created with pursuing this aim, an initiative that has been evolving until today it is already a legal text in force in the phase of final approval.

This law was approved in the Congress of Deputies last July the 14th, and at the Senate on the 5th of October.

This law of Democratic Memory (also known as the Law of Grandchildren) now allows a much larger number of foreigners descending from Spaniards to obtain nationality.

More precisely, it is a nationality by option, that will allow the children or grandchildren of Spaniards to obtain the nationality directly from the consulate (without the need to have resided in Spain for a year as they have had to do until now) thanks to their direct link with Spain (the family relationship).

Can you really benefit from this law?

It depends. For the answer to be affirmative, you must make sure that you are in one of the following three cases.

That is, you can apply for nationality under the Law of Democratic Memory if you are:

The first two options correspond to nationality by option, while the last one to acquired nationality.

This last point is fundamental, because as you can see, the adult children of those who can avail themselves of the Law of Democratic Memory (which will enter into force soon), WON’T be able to obtain their nationality.

Do you need legal assistance in order to obtain Spanish citizenship? Start here:

Documents required to apply for the Grandchildren Law

The documentation you will need to provide must meet two main objectives:

Let’s find out the complete list of documents that must be provided in each case, which, remember, must always be duly legalized and/or apostilled; and in the case of documents not written in Spanish, officially translated.

Documentation to prove the family relationship

To prove that the applicant is really a descendant of the original Spanish citizen, the following documents must be provided:

What happens if there is no birth registration of the Spanish parent or grandparent?

In such cases, the baptismal certificate from the parish or diocesan archives can be provided, along with the negative birth registration certificate issued by the corresponding registry.

In the case of loss of nationality, because the applicant’s mother married a foreigner before the entry into force of the Constitution of 1978, extra documentation must also be provided, as long as the marriage was contracted after the 5th of August 1954.

Documentation to demonstrate the condition of exile

Before looking at how this is demonstrated, we must bear in mind that just those who left Spain AFTER 1936 and up to 1978 will be considered exiled. All those who did so before will not be considered as such.

In order to demonstrate the condition of exile (second group), it will be able to be demonstrated through some of the following proofs:

Once you have all the documentation ready (something we can help you to do to ensure that you meet all the requirements correctly), you must submit it all together.

You can start the process either in Spain or in your country of origin, so it is not necessary to travel to Spain to apply for the Grandchildren’s Law.

Thus, in both cases, you will present all the documentation either at the Civil Registry located in Spain or at the consular Civil Registry in your country of origin.

In the case of presenting the documentation in a Civil Registry in Spain, it will always be sent to the Civil Registry of your country of birth for its qualification.

When will the Law of Grandchildren come into force?

After approval in the Congress of Deputies and in the Senate, and the publication in the BOE, this law has been fully approved.

That means you are now able to apply for your nationality under the Law of Democratic Memory.

Nevertheless, the final text (which you can find here) did not specify how exactly will the procedure be carried out, nor its timings; but we now have the final instruction with all the required details.

Hence, if you wish to benefit from this Spanish citizenship by origin law, do not hesitate to get in touch with us so that we can help you out with the entire application. Start today!