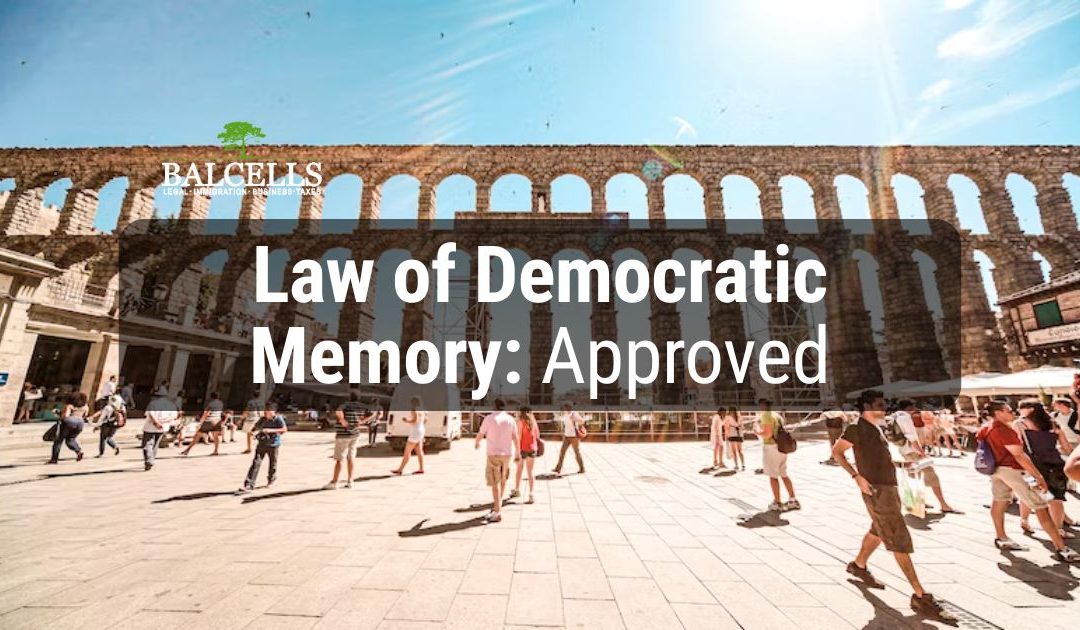 Good news! On October the 5th, the Law of Democratic Memory was finally approved in the Spanish Senate, the last step before its final publication and entry into force; which will enable thousands of Spanish descendants to obtain citizenship in the country.

In this article you are about to learn what this Law will consist of exactly, how it will work, who will be able to benefit from it, and when it will come into force.

What is the Law of Democratic Memory?

The Democratic Memory Law is a regulation whose main objective is to recognize all those people who suffered persecution and even violence from the beginning of the Spanish Civil War until the approval of the 1978 Constitution.

More specifically, we are talking about all those who suffered for political, ideological, conscientious, or sexual orientation and identity reasons, and who in many cases lost their Spanish nationality.

Thus, with the aim of fostering solidarity among these generations, this new law recently passed intends, among other things, to guarantee Spanish nationality to the descendants of these people (as we will see below).

When will it come into force?

After an initial discussion and approval in the Congress of Deputies, the Law of Democratic Memory was sent to the Spanish Senate, where it was voted on and finally approved.

So, although we do not have an exact date right now, this Law will come into force in the next few days.

Who will be able to benefit from this law?

The Law of Democratic Memory enables the acquisition of Spanish nationality to the descendants of Spanish citizens who lost it.

However, we must be careful.

Not all descendants will be able to benefit from this law (such as great-grandchildren).

As we explained in our post on the Grandchildren Law, the cases that can benefit from the Law of Democratic Memory to obtain Spanish nationality by option are the following 3:

It will be essential to be able to demonstrate that one belongs to one group or the other in detail.

Where to apply for nationality under the Law of Democratic Memory?

As you already know, there are different ways to obtain Spanish nationality, each one with its own particular procedure.

In this case, as it is a type of nationality by option, it will be requested in the Civil Registry that corresponds to the applicant’s domicile.

This means that it can be requested either in the consular Civil Registry in the country of origin, or in a Spanish one if the foreigner is in Spain.

Do you have any doubts or would you like to receive personalized advice from our immigration lawyers? Send us an email through the following form and let us contact you as soon as possible: