Important Changes and Updates in the Spanish Immigration Law 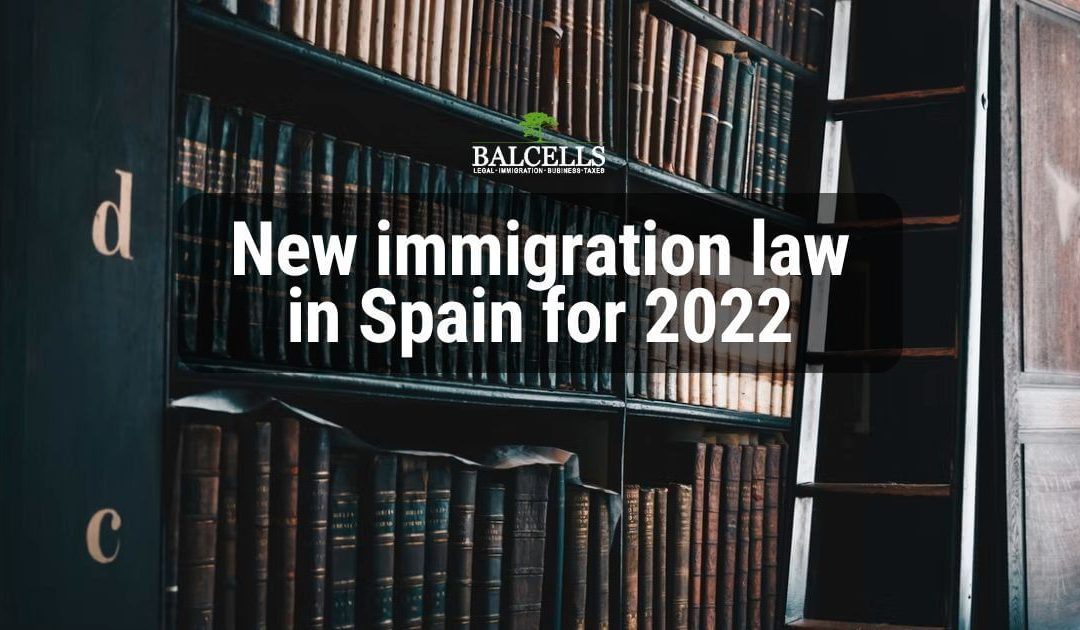 You have to read this! Important changes are about to come when it comes to the Spanish immigration law, and without a doubt big updates that will benefit any foreigner in the country.

Recently a draft version was published with all the proposed changes and modifications to the current immigration regulations, changes that aim to make it much easier to get a work permit, help foreigners to set up their own businesses and students to work (among others).

In this article, you will find out everything we know to date about this important modification and creation of new immigration laws (since those still are in the development phase and have not yet entered into force).

Content hide
1 New Spanish Immigration Law in Spain By 2022
2 All the news on the new immigration law
2.1 The catalog of jobs within the shortage occupation list will be expanded
2.2 Possibility of hiring foreign workers on an emergency basis
2.3 Greater facilities when obtaining a self-employed work permit
2.4 Foreigners with student visas will be able to work more hours
2.5 Moving from student visa to work permit will be easier
2.6 New arraigo for training or studies
2.7 New residence authorization for foreigners who have worked ilegally
2.8 The need to move from one type of work permit to another after renewal will be eliminated
3 When does the new Immigration Law come into force?

After considering the current situation of the Spanish labor market, the government has finally moved to modify the immigration law and create an environment much more adapted to the current needs and situation.

To date, obtaining a work permit in Spain has been a very complicated task; while at the same time, many jobs that are crucial for the country’s economy are filled with great difficulty and require foreign labor.

To mitigate these two situations, a series of measures have been proposed (highly beneficial as we will now see) that aim to revolutionize the current immigration law.

In order to meet these 3 objectives, a series of key measures will be implemented, and we will now analyze them all.

All the news on the new immigration law

What measures exactly are going to be implemented with this immigration law reform? What changes are we going to be able to experience?

What’s next is a summary of everything we know to date (and which we will update as new developments are published).

Obtaining a work permit today means finding a job offer within the jobs on the shortage occupation list, something that made the process nearly an impossible task.

However, with the upcoming major update, the intention is to expand these positions so that more job offers are valid and accepted for your regular work permit application.

To this end, the Ministry of Economic Affairs and Digital Transformation will be given the possibility of adding more jobs when it considers them of interest (something that will happen in strategic sectors for the country’s economy).

Possibility of hiring foreign workers on an emergency basis

But the possibility of getting a work permit will increase even more thanks to a new exception.

As of the implementation of the new changes in the regulation, any company that is having difficulties in filling a specific position (if it cannot find candidates) and must hire someone urgently, will be able to hire a foreign worker.

That is to say, if there is urgency on the part of a company, the national unemployment situation and specifically the shortage list would not be taken into consideration.

While so far we have seen two measures that directly benefit foreign employees, the government also intends to help self-employed workers in obtaining their work permit.

Thus, the objective is to reduce the current requirements that any foreigner must meet in order to apply for a permit to develop their economic activity as independent professionals in Spain.

More specifically and importantly, the economic means that the foreigner must present in the application to demonstrate that the project will have sufficient financial backing would be reduced; as well as, probably, some other requirements.

Foreigners with student visas will be able to work more hours

Until now, any foreigner with a student visa could work a maximum of 20 hours per week while completing her studies or training.

With the new reform of the immigration law, this range would be increased from 20 to 30 hours per week, undoubtedly benefiting the student community to be able to generate earn extra money more easily while studying.

Moving from student visa to work permit will be easier

Another way that the government plans to favor the hiring of foreign workers and to offer greater facilities to obtain a work permit is by speeding up the modification of student visa to residence and work permit.

Currently, in order to modify to a regular work permit, the student must have spent at least 3 years with his or her visa for studies.

In most cases, chosen studies have much shorter durations, and the foreigner’s plans get complicated by having to renew and keep renewing until this requirement could be met.

However, when the new law is approved, this 3-year term will be reduced.

We still do not know exactly how long, but it would be a significant reduction and undoubtedly very advantageous.

New arraigo for training or studies

On the other hand, a new type of residence for exceptional circumstances will be created: the “arraigo para la formación” or arraigo for training.

This 1-year permit (renewable for an extra 12 months) will be granted to all those foreigners who have been continuously and irregularly in Spain for at least 2 years, and who decide to start a training or studies that will lead them to obtain an official or regulated qualification.

After completing their studies, they will be allowed to change to a work permit provided they find a job offer that offers, at least, the minimum legal salary.

New residence authorization for foreigners who have worked ilegally

In addition, it is proposed to create another figure very similar to the labor arraigo which would also allow those foreigners who have worked irregularly in Spain during the last 6 months prior to the application to obtain a residence permit.

Foreigners who obtained an employee work permit and wish to start working on their own must carry out a modification.

That is to say, a complete and extra legal procedure, often tedious, to change from one regime to another.

And vice versa (those who want to change from self-employment to employment also have to go through a specific procedure).

The new regulation proposes to eliminate this need, since once you renew your work permit for the first time, you will be able to switch to self-employment or self-employment without the need to formalize any additional application.

When does the new Immigration Law come into force?

There is something fundamental that we must emphasize to finish with the key information.

All these measures that we have just seen are, for now, measures within a draft.

That is to say, they have not entered into force nor are they published. Moreover, they are subject to future modifications and improvements.

Therefore, we must still wait for this draft to advance in the legislative process and take shape.

We will follow this progress in real-time, and we will keep you informed through this blog as to how these modifications to the immigration regulations will finally be implemented.

Although we do not yet know when exactly they will come into force, we must focus on the fact that they are undoubtedly very advantageous measures that will benefit thousands of foreigners when the time comes.

If you have any doubts or would like our expert team of lawyers to advise you step by step, do not hesitate to contact us through the following form: