Labor Arraigo in Spain: Residency Through a Work Contract 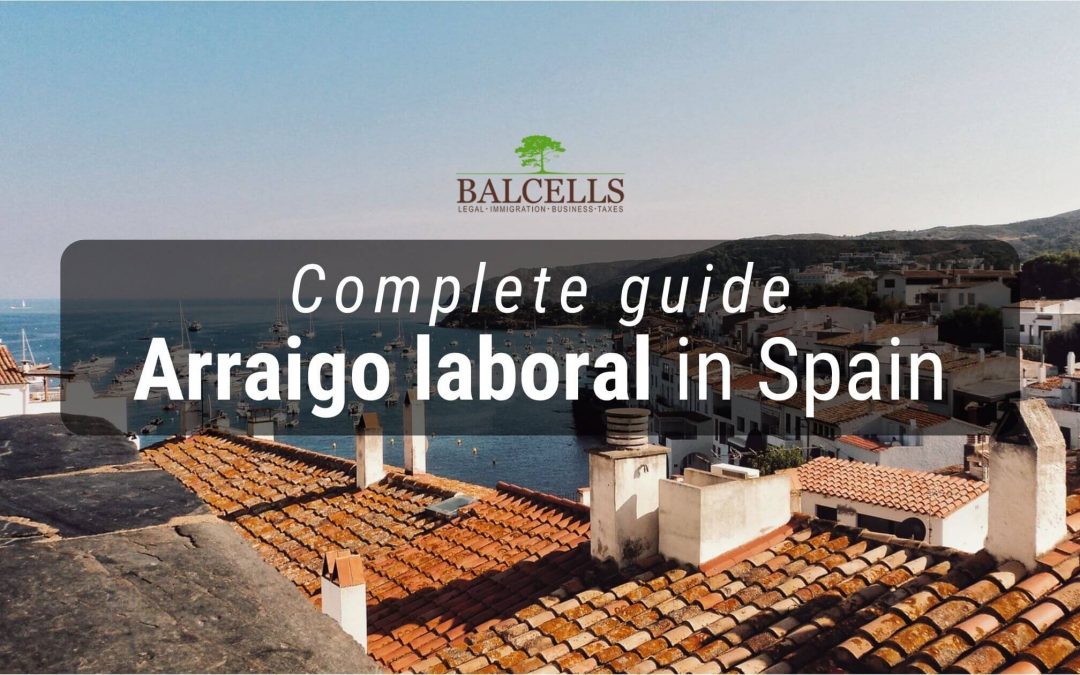 Everything you need to know about labor arraigo in this post! Discover the most important requirements you will have to meet, the documents that are required, and the legal application process explained step by step. In addition, we analyze the latest instruction of the Supreme Court that now allows many more foreigners to obtain this type of employment authorization, and how to get it without the need to denounce your employer. Everything below!

Arraigo laboral is the residency due to exceptional circumstances granted to those foreigners who have been living in Spain continuously for 2 years (without a residence permit), and who can also prove that they have been working for the last 6 months in the country.

Traditionally, this residency was designed for foreigners who had worked illegally in the Spanish territory.

Thus, labor arraigo was created with the purpose of eradicating labor exploitation in the country. This type of arraigo was (and always has been) the reward granted by the immigration office for notifying the labor irregularity and denouncing the exploiter (the employer, who from then now be sanctioned).

But as we will see below, today the scope of application has also been extended to foreigners who have worked under a regular employment contract.

Overall, we are talking about a temporary residence card with a work permit.

That is to say, the foreigner who obtains the “arraigo laboral” can not only live legally in Spain for one year, but can also work (both as an employee and as a self-employed individual).

Once this year is over, no type of arraigo can be renewed. In order to continue living in Spain, it will be necessary to modify to a regular residence card.

Until very recently, the arraigo laboral was not widely spread, and not too many foreigners used it.

In order to be able to apply for it, the foreigner had to legally report his employer against court (so that a labor inspection could be initiated and finally confirm that the employment relationship had indeed taken place illegally).

However, in 2021 the Supreme Court made a modification in the regulation related to the requirements for this residence authorization; making the process much easier today and with many more foreigners being able to benefit from it.

This modification favors all those foreigners who had worked legally in Spain with a residence card or during their stay in the country, but who lost their legal residence for whatever reason.

We are talking about:

In all these cases, if the foreigner can prove that she has worked for a minimum of 6 months, she will be able to obtain the arraigo laboral too.

Do you have doubts up to this point? Then ask anything to our lawyers here, or keep on reading for more information:

Below we analyze the list of specific requirements that you will have to meet in order to successfully apply for the arraigo laboral.

As you will see, many of them are common and shared with the other residence authorizations for exceptional circumstances (social and family arraigo).

What are these requirements?

In addition to these 4, we also find 2 extra requirements with special relevance that define the labor arraigo procedure: the continuous residency in the country and the capacity to demonstrate your working relationship.

It will be crucial to demonstrate that you have been living for a minimum of 2 years in Spain continuously.

This period of time must be immediately prior to the date of application (i.e., no time can pass in between).

In addition, the word continuous is of great importance here. That is because the period of residency (even though not with a legal card) must be without prolonged absences (although the regulations allow you to leave the country for a period of no more than 3 months in total during those 2 years).

How can you prove this permanence?

We are talking about documents issued by the city hall (such as the registration form or “empadronamiento”), by the health services (such as medical certificates from the social security), although invoices or money transfers would also be valid documents here.

The more documents you can provide, the better!

Finally, perhaps the most important requirement is to prove that you have been working (even though without a legal employment contract) for at least 6 months during these 2 years in Spain (prior to the application).

In this case, the contract will be valid whether it was part-time or full-time; although the minimum number of hours per week in order for the working relationship to be valid is 30 per week.

That is to say, if you had a part-time job in which you jsut worked 25 hours per week, you would not be able to apply for labor arraigo.

In addition, internships would not be included here and are not be valid for this authorization.

How to prove the employment relationship

This is a very important aspect, since one of the keys in this process is to be able to effectively demonstrate that you have worked in a company or under the orders of a specific employer (even if it is illegally).

Not having sufficient evidence to prove this employment relationship will mean that your application will be rejected (even though it actually took place).

How can you prove it?

These three options usually imply a previous denunciation on the part of the foreigner notifying of the situation to the authorities (which makes this residency very little used). Once the authorities can verify it through an inspection, they will have enough evidence to accept your application.

However, with the new modification on the related legislation, there is a fourth way:

And what happens with self-employed workers?

So far we have talked about the case in which the foreigner had to prove that she has worked for a company, albeit in a clandestine manner.

But, what happens with foreigners who offer their services independently working as “self-employed” workers who are not legally registered?

In these cases, since they cannot prove any type of employment relationship with any company, they would be excluded from the arraigo laboral.

This is the case for now, as it is possible that in the near future the related legislation will change and they will be included as well.

However, if you were a false self-employed worker (just working for one company) and you are able to prove it (through a court sentence), you may be able to obtain a favorable application of arraigo. However, this is a very complicated and difficult process.

Arraigo laboral without reporting your company

Many foreigners have a contradictory feeling when applying for the arraigo laboral.

On the one hand, they want to start the procedure since it is the door to obtain their residency in Spain (thus finally regularizing their situation after 2 years); but on the other hand, they feel some reluctance since they will need to report their employer who has been giving them work during this time to the authorities.

Isn’t there any way to successfully apply for the “arraigo laboral” without having to denounce your employer?

Fortunately, the answer is yes.

We must understand that reporting your employer is nothing more than a procedure so that a labor inspection takes place; and with it, the authorities verify that you are indeed working in the company illegally, thus generating sufficient proof regarding the labor relationship.

However, if you are able to provide sufficient evidence to the immigration office confirming that the employment relationship has existed for at least 6 months, there will be no need to file a complaint.

The clearest case is found with the new supreme court modification, which allows you to request this type of arraigo even if you have worked legally with a work contract.

In this case, the employment history report will be enough (without any type of complaint).

But it is also valid for cases of clandestine work. If you are able to use any other proof of law that is sufficient for the immigration office, the denunciation would not be necessary.

However, this does not mean that a labor inspection and a subsequent sanctioning process (with penalties of at least €10,000) would not be initiated. In other words, there would be no complaint but there would be an investigation and sanction by the labor authorities.

In conclusion, in case you do not want to harm your employer in any way, the most beneficial option would be to apply for social arraigo.

How to apply for labor arraigo in Spain?

One of the main advantages of arraigo laboral is that it offers a simple and fast application, which does not require you to find an employment contract.

You have two different options to apply for this authorization:

Once you send all the documents, the immigration office has 3 months to issue a resolution. If after this period you do not receive any type of response, your application will be considered rejected by negative administrative silence.

Once you have your positive resolution, you must bring it to the closest immigration office to apply for your TIE (the physical residence card containing your NIE and type of residence).

What documents must you include in your application? Basically, the following ones:

Differences between social and labor arraigo

Given that both options are suitable for foreigners who have been living in Spain illegally for a certain amount of time, many people have doubts about the differences between social and labor arraigo.

And the truth is that they are completely different residence authorizations.

First of all, the arraigo social is granted to foreigners who have been living in Spain irregularly for 3 years (vs. the 2 years required for the arraigo laboral).

Another requirement that differentiates the two options is that the arraigo social requires demonstrating integration with Spanish society.

As we have seen, this is not something that the labor arraigo requires, although the need to demonstrate your working relationship for 6 months may be a disadvantage for many.

Since they already have a job offer (from the same employer who has hired them irregularly) they prefer to avoid denouncing him or her.

If you still have doubts and would like our team of expert immigration lawyers guide you step by step in order to successfully apply for your residency, do not hesitate to contact us here:

I want to talk to an immigration lawyer