Maternity and Paternity Leave in Spain 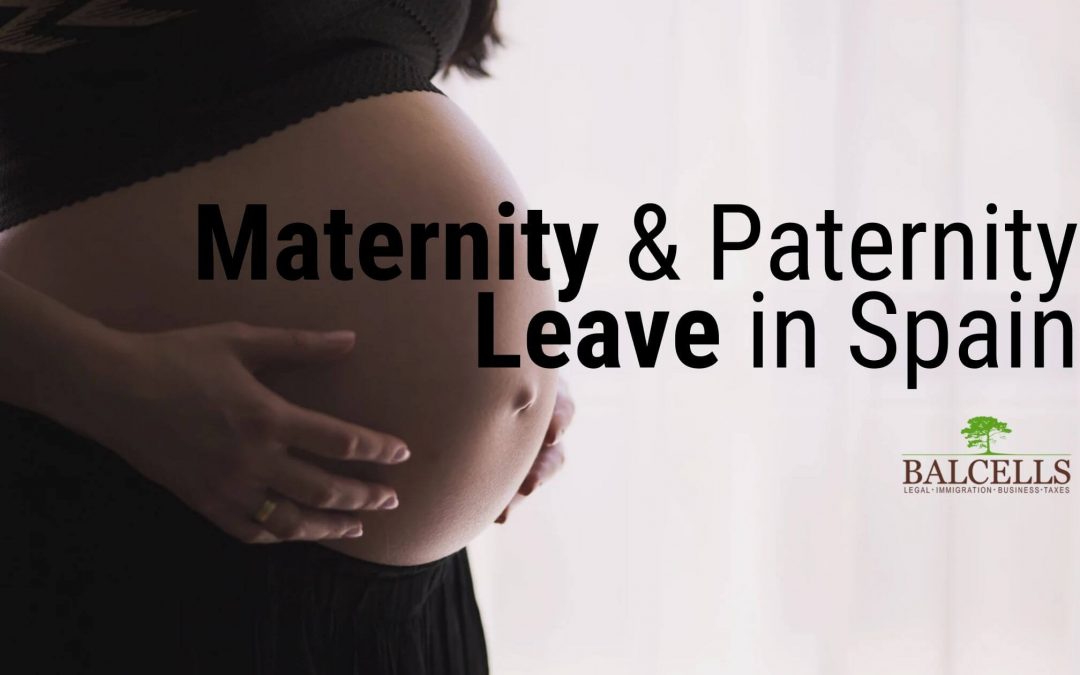 If you are about to give birth and would like to know how exactly maternity and paternity leave works in Spain, keep on reading. We will analyze how much time you are entitled to, if you are actually going to get paid and by how much, requirements to request these benefits, and other really useful information you must be aware of.

The Spanish labor law makes greats efforts to protect those workers who have had a child or who would become parents in a few weeks/months.

In that sense, you cannot be fired from your company for pregnancy reasons; and you will get pregnancy leave benefits, with all that entails.

That is why it is important to notify the company as soon as possible about your situation.

Many workers hesitate to inform their employers, or find it difficult to do it as they perceive their pregnancy will generate extra efforts for the company and a big economic burden.

But, as we will see below, you must consider that your maternity leave won’t be paid by the company itself in Spain, but by the government.

Hence, it is crucial to notify your superiors as soon as possible, with enough time to let them find a replacement during the weeks you will be at home with your child.

But that being said, let’s explore how pregnancy leave exactly works in the Spanish territory.

The two types of leaves

You must first understand that there are two different types of leaves, corresponding to before and after the birth of your children.

First of all, we find sick leave. Depending on your job and company, this type of absence will be granted days, weeks, or even some months before giving birth.

It depends on the pregnancy risk and other factors, and it covers those cases in which the mother experiences health effects due to her pregnancy condition.

The duration of this type of leave is something the company must pay for, and the compensation will be equal to 12 days per year worked in the company.

On the other hand, we have the well-known maternity leave, which applies from the moment when the baby has been born (even though if a doctor considers it appropriate, it could start 10 weeks before).

The mother must change her current job contract into an interim one, which lasts the same amount of time as the maternity leave.

This special type of contract does not offer any kind of compensation.

In this case, it will be the social security that pays, not the company. We will now explore how much income you will perceive during that time.

Furthermore, bear in mind that maternity leave also applies when you have adopted a child instead of giving birth to her. It would then last exactly the same amount of time, but the only difference is that the court decision is the starting day of your leave.

How much Maternity Leave are you Entitled to in Spain?

Interim contracts (the one you will have while on maternity leave) can last for a maximum of 4 months (16 weeks), but could be extended under certain circumstances.

During that time period of time, you will get paid by the Instituto Nacional de la Seguridad Social following the specifications we detail below.

Furthermore, there is the option to extend your maternity leave even further, under something called “excedencia sin sueldo”.

This procedure grants you the possibility to take care of your child for 3 years without returning to your job position, but with the downside of not getting paid.

Then, what is the upside of this practice?

That the company must hold your job position during 1 year, and during the 2 following ones must offer you a similar one if you decide to come back.

Requirements to get it

But in order to get paid during those maternity leave months, you must make sure to meet the following requirements:

How can I know if those requirements hold? You just need to request your work-life certificate at the “Tesorería de la Seguridad Social”, which can be requested online.

If you don’t meet this requirement, you can still get your maternity leave and get paid during those 16 weeks. Under certain conditions, you will get a non-contributory pension, which pays approximately 530€ per month.

How much exactly will you get paid during maternity leave?

If you work for a company, in order to know how much you will get paid during those 4 months you need to analyze your payroll.

More precisely, the payroll corresponding to the month prior to your maternity leave.

At the bottom of the document you will see a box that says “base de cotización por contingencias comunes”.

That is the exact amount you will get paid during the leave period.

If you see that during your maternity leave weeks you are getting paid more than usual, that is because your salary is prorated, which means that is includes bonuses and Christmas extras, for example.

If you are receiving unemployment benefits when you get pregnant, your maternity leave will imply changing your payment source.

The Social Security would be then in charge of your monthly “salary”, and you would not lose unemployment benefits (“paro” in Spanish).

And what happens if I am a self-employed worker?

Freelancers or self-employed individuals in Spain (called “trabajadores por cuenta propia”) are also protected against the law and will also get paid, even though things differ.

First of all, during 2 years mothers of newborn children don’t need to make their monthly Social Security contributions, which saves them approximately 280€ per month.

Also, they can decide to get paid 100€ per month for 3 years or to enjoy an income tax deduction of 1200€ for each child during those same years.

Once you come back to your job position after your maternity leave, you are entitled to 1 free hour per day during the first 9 months of nursing.

In Spain it is called “la hora de la lactancia”.

But what many people do is not to “use” those hours and keep them until they get a total of 15 breastfeeding days, time that they can spend at home with their child.

And what about paternity leave?

If you are the father of the child, good news.

Finally, the Spanish labor law has equated the length of maternity and paternity leaves.

In 2019, it was just 8 weeks (2 months) for the father of the child, but right now the period has been extended to the same 16 weeks mothers can enjoy.

100% of the regulatory base of the salary will be perceived by the father during that time period, and as happens with maternity leave, that income is exempt from income tax.

Do you have any question? Ask anything to our lawyers now: