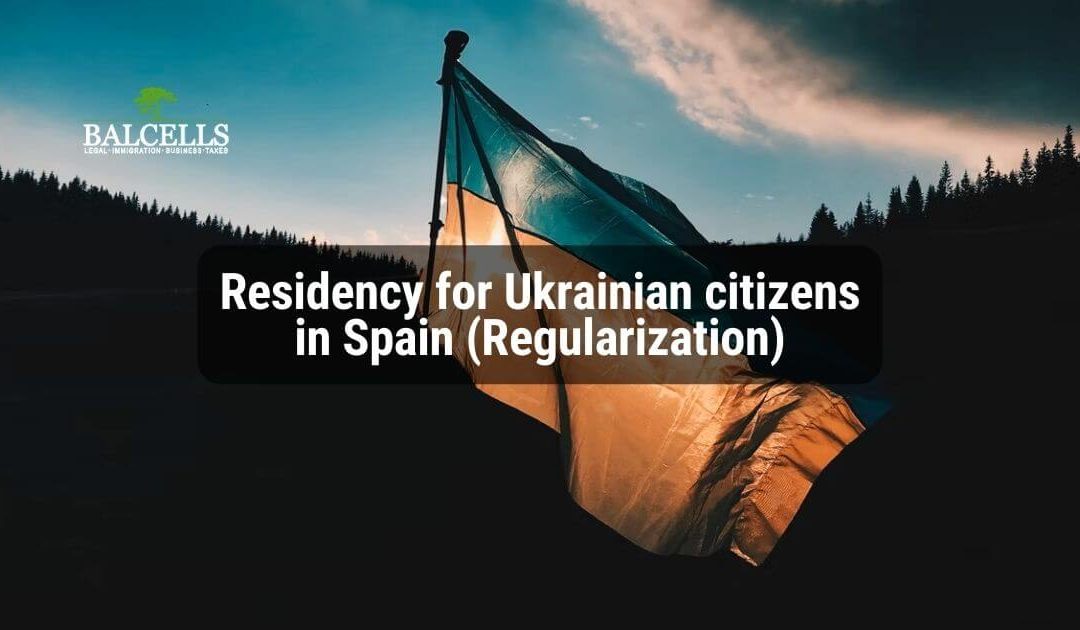 It is already a reality. The Spanish government is going to regularize all Ukrainian citizens in Spain due to the war with Russia and grant them residency, including those who were living ilegally before the invasion.

What’s next in this article is a summary of the most recent updates to this new measure, including how this residence permit works, who exactly will be able to request it, where to start the process, and how long this exceptional residency will last.

Content hide
1 What does this regularization for Ukrainian citizens consist of?
2 Who can have access to this residency?
3 Where should applications be submitted?
4 Is it possible to apply for this residence and at the same time have an asylum procedure in process?

What does this regularization for Ukrainian citizens consist of?

The situation for many Ukrainian citizens today is critical and very complicated.

So much so that many of them have been forced to leave their country in search of refuge, and returning becomes a completely dangerous task if they want to preserve their integrity in a country currently at war.

In order to protect all these people, the Spanish government has approved a new instruction (passing beyond the EU directive and expanding it), by which a regularization of Ukrainian citizens who are in the Spanish territory has been implemented.

That is to say, all those affected by the war with Russia will be granted a residence permit (and they will get it really fast) so that they can stay to live, study and work in Spain in a legal way.

And without having to comply with any other requirement other than the fact of demonstrating that they had the right to reside in Ukraine.

We are talking about a temporary residency and work authorization with the duration of 1 year, which will be extendable up to 3.

That is to say, after 1 year, if the Spanish government considers that the situation in Ukraine still does not allow Ukrainians with residence in Spain to return to their country (as it could pose a risk to their safety), this permit would be automatically extended.

You can access and read the full instruction here.

Basically, there are 4 groups of foreigners who may benefit from this exceptional regularization measure and be granted residency:

However, this process would not be suitable for all those with criminal records (i.e. who have committed serious crimes).

Where should applications be submitted?

So far the instruction does not provide much information on where exactly the process will take place and how it will work.

What we do know is that it will take place in any of the Brigadas Provinciales de Extranjería y Fronteras; and that to initiate it, an appointment must be made in advance at the electronic headquarters of the Public Administration.

What we do know is that it is an express procedure that will be granted very quickly.

Is it possible to apply for this residence and at the same time have an asylum procedure in process?

In view of this situation, many foreigners may wonder if it is possible to complete this exceptional regularization procedure and at the same time have an asylum or subsidiary protection procedure open.

And the answer is yes, it is totally possible.

This residency allows Ukrainian nationals and residents that at the same time they obtain it (something that would happen fast since, as we have seen, this is an express residency), they can also submit an application for international protection (whose resolution would be much slower).

This regime (international protection) would be the one that applies to people who cannot return to their country of origin or where they have the right of residence for reasons of war or violation of fundamental human rights.

If you have any doubts about this regularization process or you would like us to help you get the residency as an Ukrainian citizen, do not hesitate to contact us through the following form: